You are here: Home / Games / Tabletop & RPGs / Exclusive map reveal: Wicked Ones returns to Kickstarter for a high-quality print run

Bandit Camp’s Wicked Ones is famous for at least two reasons, if not more. It’s good at being bad, living up to its name to let you play as one of the wicked. It also went free to download, all 320+ pages of it.

So, why pay? Hundreds of backers rushed to pay for an offset version within hours of the campaign launching. Geek Native has a map to showcase the game; you won’t find it elsewhere. The campaign has been funded, and there are still free stickers for quick movers. You can find out more from Kickstarter.

There’s more than just Wicked Ones up for grabs here as the book Undead Awakening is also in the campaign.

Undead Awakening is an expansion for the game Wicked Ones. In it, you take on the role of a powerful undead who raises a horde to terrorise the living. You play out classic horror movie moments, leaning into classic tropes as you threaten your victims.

Backers who pledge within 72 hours at a physical tier also get two 6×8″ sticker sheets. I have a physical copy of Wicked Ones, but I still fancy the stickers.

There’s also a separate tier for a cartography kit, and it is from that Geek Native can exclusively reveal the fantasy map from Undead Awakening.

Wicked Ones is a Forged in the Dark tabletop RPG about a group of fantasy monsters building a dungeon, launching raids on the surface to gather a hoard, and pursuing a nefarious master plan. Along the way, there’s pillaging, rituals, concoctions, contraptions, discoveries deep in the ground, dungeon rooms, traps, creatures, minions, and so much more! You build your dungeon together, expanding it throughout the campaign, with no two dungeons ever alike.

Bandit Camp is based in Japan, so the prices are in ¥, but Geek Native gets the Kickstarter GBP conversions, and so I will reveal those too.

Backers will be thanked at ¥2,100 (about £14) with an Undead Awakening PDF with digital assets from both games.

If you just want the PDF of Wicked Ones, you can get that right now, for free and from DriveThruRPG.

Then there are options. Backers can pick the ¥3,000 tier (about £19) for Dark Omens dice, that’s a 6d6 set coloured for Wicked Ones and with a pouch.

¥3,500 (about £22) is what backers must find to qualify for the Cartography Kit instead; that’s a two-piece box with seven maps and 5 gird sheets for blank maps.

When it comes to that high-quality print run, the first reward on offer is ¥4,200 (about £27), which delivers the hardcover and PDF of Undead Awakening.

There are still higher tiers, even excluding the retailer options as ¥19,000 (£118) gets you the cartography kit, the Dark Omens dice and pouch with the hardcovers of the books.

If you stick with PDF only, the estimated delivery is September; otherwise, you’ll have to wait until the end of the year.

Exclusive map reveal: Wicked Ones returns to Kickstarter for a high-quality print run 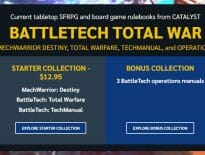 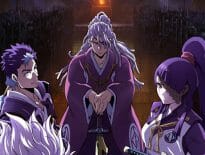