You are here: Home / Games / Tabletop & RPGs / Kiera’s Blades: Name Your Own Price for this 170-page 5e setting

Kiera’s Blades is a 170-page 5e setting from Sam Petto.

The download is on Itch, tagged with Name Your Own Price. I was recommended $5 by the system, which I paid and didn’t regret.

“The Continent” is a land of dramatic creatures and vistas; the people there are complicated, and change is brewing. Petto sets the scene, and with the download, GMs are invited in to write the next phase of the story.

Adventures begin more than one thousand years after a blacksmith changed the world forever. Kiera Peacemaker forged a series of blades using strange and new magic to end the bloody War of Factions. Each was special and truly dangerous in its own way.

Scholars believe at least two dozen weapons came from Kiera’s forge, among them a knife that killed the immediate commander of whomever it slayed, a machete that nullified magic, and a longsword that let the wielder walk in a person’s dreams. Truth or stories, who can say? After the war, the weapons vanished.

All these years later, the blades are reappearing and the Continent is in chaos.

The contents are straightforward;

Once, war consumed nearly all of the Continent. A series of bloody battles spanned the land, sparing only a few fortunate townships and farmsteads. The reason for the slaughter is uncertain; one guess is as good as the last.

There’s a new 5e/D&D race in the shape of the half-dwarf. The majority of half-dwarves have a sturdy frame like their dwarven parent. The other birth parent influences other inherited features. Children with gnomish or elf ancestry may have pointed ears, while children of dwarves and halflings typically have light feet.

There are new subclasses too. Kiera’s Blades introduce an artificer type around travel, a fighter suitable for those who have used Kiera’s blades and a cleric domain touched by the oracles.

As you’d expect for a setting, there are new backgrounds (the Elementalist and secret keeper), new spells, magic items and dozens of weapons forged by the titular Kiera.

Kiera’s Blades: Name Your Own Price for this 170-page 5e setting 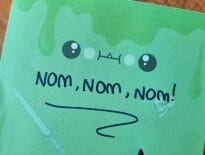 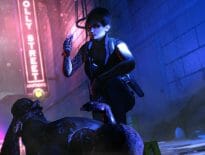