Expeditious Retreat Press’ The Halls of Arden Vul is a megadungeon of legend. I can see a bundle deal for it, reduced from $384 to $275, on DriveThruRPG.

This Bundle of Holding deal is much cheaper, but you only have until Monday the 8th of August to grab the one-tier deal.

Bundle of Holding says the retail value would typically be $109, and perhaps they’re better at shopping than me! It’s good of them to lowball the contrast rather than overplay the discount.

Well, those two bullet points rather undersell the huge amount of OSR and DRM-free material! The original was over 1,000 pages long and came in 5 volumes.

There’s the 31MB core book and 7 map backs, which include DM and player options and those VTT optimised variants as well.

It’s Direct Relief, the familiar pandemic battlers, who benefit from DMs able to steer a gaming group into the darkness.

The Halls of Arden Vul: 5 hardcover volumes, $275 and 1,000 pages now available as a PDF bundle deal 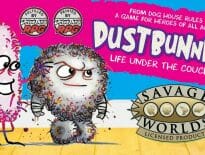 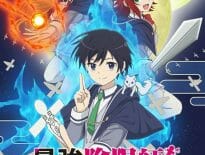