There are over 160 monsters and ten plus distinctive elements in this edition, and perhaps that’s why the project is more than halfway funded on its launch day. Perhaps it’s the “Projects We Love” tag, and you can see it for yourself on the pitch page.

Pocket Monsters? Naw, in this game, you befriend elemental monsters and take them on an adventure with you.

Eldamon are ancient entities which are out of phase with reality, allowing them to merge into other items, creatures or even locations. It’s also a system that allows you to bring the creatures into your current setting.

Control and channel eldamon using two new 5E and Pathfinder classes! Anyone can befriend eldamon and have them fight playful mock duels with each other, but only the eldamon trainer class can phase them into our world in order to use them in combat against deadly threats. Meanwhile, with the elemental avatar class, you have a powerful but quiescent eldamon melded into you for a long period of time, gaining the strange abilities eldamon possess for yourself. Battlezoo Eldamon is perfect for monster trainer lovers of all ages. The rules are simple enough to be a great way to introduce children to the game but deep enough to offer a variety of combinations for strategic players.

This Kickstarter has a lot, including a standalone and non-collectable card game.

The Year of Monsters is a subscription offer bringing 12 new playable monsters for 2023. Like that? Demons, actual dungeons, gremlins, oni or nymphs.

Pledging is interesting as for only $1; you can access a “Build Your Own Bundle”, which is a way to buy yourself into the backerkit where you can pick the PDFs you want. It’s a gamble but a risk because it only contributes $1 to Kickstarter’s $150,000 target.

At $49, you reach the first tier of rewards in, which includes either PF2 or 5e of the Battlezoo Eldamon PDF, Strange & Unusual bestiary, asset bundle, private access to Eldadex and a playtest of the Collection System.

At a higher tier, $99, there are hardcovers of the Eldamon and Bestiary added or, as an alternative, the Year of Monsters subscription.

By the time you get to the top of the increments, you’ll be pledging $399 and due a treasure trove of goodies, including signed books. 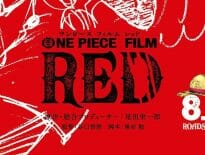 Anime One Piece Film: Red grows its trailer count as One… 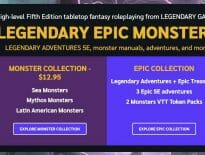