Aether Tabletop Roleplaying Game is an extension to Trinity Continuum. It’s set in 1895 and mixes alternative history with a steampunky vibe.

The Kickstarter calls it a “full rule and setting expansion”, but “full rule” does not mean complete RPG. You do need Trinity Continuum to get the Storypath core system. You can back the project and find out more from the Kickstarter page.

Trinity Continuum: Aether is a game of exploration and mystery after Nikola Tesla learnt how to harness the power of the Aether. That’s an energy source which can unwild reality.

Aether users, Aethernats, know how to wield the science in the game. They might use that talent to defend Earth or turn against us. The book includes the Victorian era setting and Paths for characters, Aether powers, secret and lawful societies and lots of advice, secrets and plot hooks for Storyguides.

Inventors skulk in their secret societies, building new devices with the goal of pioneering exploration, medicine, warfare, and more. The few fortunate enough to wield the apparatus, drink the tonic, or pass through an Aether Gate, may believe they’re pushing humankind into a new, golden scientific age, but just as many take Aether for their own aggrandizement. Aether experimentation has mutated and warped many of its users, sometimes beyond human reckoning.

In the background of this secret dabbling in forbidden science, humanity’s devil-may-care attitude to Aether may be responsible for drawing the attention of the greatest threat our planet and species has ever encountered: the Martians. Soon, it’ll be impossible to keep the use of Aether clandestine, as alien invaders crash into our planet’s surface, keen to vaporize, harvest, and enslave its people.

The Kickstarter is to fund a hardcover, but backers who pledge $5 will get options for digital add-ons and access to the Pledge Manager.

Then, at $25, backers get the PDF and a discount coupon for the print-on-demand version of the game, plus the perks already dished out.

At $35, there are also the core Trinity Continuum rules in PDFs.

The first hardback is a reward to backers at $55; they’ll get the Aether hardcover and the PDF.

If you need both books in hardback, pledge $95 to unlock that bundle of rewards.

Onyx Path scales up the rewards until they top out at $450.

The estimated delivery on the project is August 2024, which is a conservatively wise schedule. 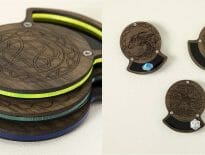 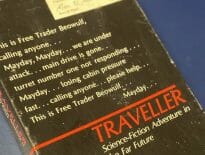