GURPS, Fantasy Trap and Munchkin maker Steve Jackson Games are on Kickstarter with a Pathfinder project. It’s not a tabletop RPG but a reworking of their old Revolution! board game.

The campaign’s just gone live, asking for $50,000 to fund and giving itself barely over two weeks to bring the battle for the city of Korvosa to life. You can see progress or join in from the pitch page.

Board Gane Geek gives the 2009 original a 6.9/10 rating and classifies it as a family and a strategy game.

Steve Jackson notes that the game is about bidding against rivals to control guilds and critical characters in the Pathfinder setting of Korvosa. Success means gaining influence and requires gold, power and blackmail, resulting in more gold, more power and blackmail opportunities for you.

It’s not just a themed version of the original, though. There are changes and improvements, with an expansion added, some rebalancing done, and Paizo on board.

Secretly bid against your opponents for control of important people and guilds, gaining influence in different regions throughout the city, as well as more gold, power, or blackmail for your war chest. Gold can sway the Guildmaster, and blackmail may turn the Hellknight to your side, but sometimes the only answer to a problem is force. Can you use the tools of gutter statecraft, bluff or outguess your opponents, and build a coalition to control the city? Make your bid for power!

If you’re in the States, then a pledge of $60 will support the project and get you one copy of the Pathfinder Revolution! game but even then, shipping will be calculated later.

Equally, for backers in the States, a pledge of $90 will get you the game and Munchkin Pathfinder Deluxe, but that tier is limited to only 500.

There are multiple retailer tiers, and Steve Jackson Games has confirmed that if the crowdfunding is successful, they’ll offer Pathfinder Revolution! through Warehouse 23.

In the States, for backers, the game is slated to ship as early as January 2023. 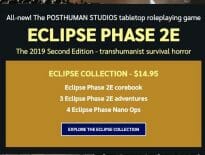 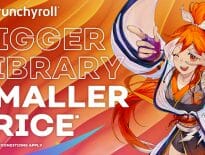