You are here: Home / Games / Tabletop & RPGs / Rings of Protection is a D&D adventure by Bill Williams, a DC, IDW and Antarctic Press comic book writer

Bill Williams has written for DC Comics on titles like Justice League Unlimited but might be better known for Punchline from Antarctic.

Rings of Protection isn’t a comic book title at all, and it’s a D&D 5e adventure set currently funding on Kickstarter with a modest $300 goal. You can check out this stealthy project on its pitch page.

The ideal is familiar for a reason – it’s a good one – and it’ll be handy to have a set of drop-in adventures suitable for most D&D games and for character levels where such sidequests are often needed.

Rings of Protection adventures are designed as one-shots with a mysterious benefactor as a framing device that’s easy to use, and you can decide how they’re connected.

The mysterious benefactor is an Elven woman who is the head of an import and export operation. She does a brisk business in shipping and secrets, but her organization is under attack. Evelyn has gone underground after being murdered several times. Her enemies have learned that it takes a lot more to kill a rich person and make it last. She currently does her business through teams of agents that are offered specific short term tasks. These adventures could be inserted onto an ongoing campaign or strung together to create the beginning of a campaign full of intrigue and treachery.

If successful, the finished set will have;

In short, Rings of Protection will be self-contained.

The backer reward tiers are straightforward, and first up is an early bird offer on the PDF; $ 4 will get you the 56-pages of the PDF. If you miss that, you’ll need to back at $5 to get the adventures as a reward. That’s still great value.

If you want, you can pledge $10 instead, giving the comic book writer a tip.

The estimated delivery for the digital project is August.

Rings of Protection is a D&D adventure by Bill Williams, a DC, IDW and Antarctic Press comic book writer 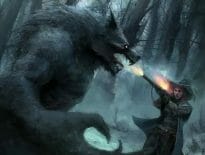 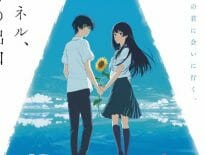