Due to the small screen and via Crunchyroll’s servers is Tomo-chan Is a Girl!

The anime is adapted from Fumita Yana manga. It’s a rom-com of sorts; Tomo-chan wants it to be, but her childhood friend is a bit slow. That Tomo is female and identifies as such seems pretty evident to me, but apparently, not everyone in the show.

The manga is on Amazon, including Kindle and paper, which tends to be a good sign.

Seven Seas has the license for those translations, and they describe the story;

Boyish high school girl Tomo Aizawa finally manages to tell her childhood friend Jun that she’s got a crush on him. Unfortunately, her confession goes right over his head—he didn’t even realize she was a girl until middle school, and even now, Jun still thinks of her as a bro! How can Tomo-chan possibly convince him otherwise and win Jun’s heart?

Lay-duce is the studio, and Hitoshi Namba is directing.

He could start by noticing she uses the other uniform.

Tomo-chan Is a Girl! (it seems pretty evident to me!) 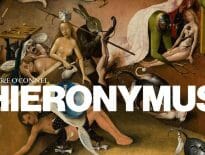 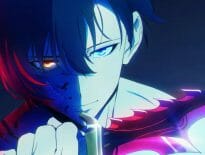