You are here: Home / Games / Tabletop & RPGs / Hieronymus RPG is a Garden of Earthly Delights Edition inspired by Bosch

Hieronymus Bosch is a mysterious real-life historical figure, a painter from the 15th century whom we would like to know much more about.

The most famous painting is The Garden of Earthly Delights, followed by Triptych of the Temptation of St. Anthony. He liked triptychs.

There’s been a Hieronymus RPG before and released in a small batch by Laurie O’Connel. It was so successful the designer has taken the apocalyptic horror to Kickstarter for the Garden of Earthly Delights Edition.

Bosch paints surreal explorations of evil and the battle against it. Here’s what Wikipedia has to say;

Others, following a strain of Bosch-interpretation datable already to the 16th century, continued to think his work was created merely to titillate and amuse, much like the “grotteschi” of the Italian Renaissance. While the art of the older masters was based in the physical world of everyday experience, Bosch confronts his viewer with, in the words of the art historian Walter Gibson, “a world of dreams [and] nightmares in which forms seem to flicker and change before our eyes”. In one of the first known accounts of Bosch’s paintings, in 1560 the Spaniard Felipe de Guevara wrote that Bosch was regarded merely as “the inventor of monsters and chimeras”. In the early 17th century, the artist-biographer Karel van Mander described Bosch’s work as comprising “wondrous and strange fantasies”; however, he concluded that the paintings are “often less pleasant than gruesome to look at”

In the RPG, the PCs are refugees who flee the Follower. The Follower is an astral terror which can pursue the characters through weird and strange realms.

You’ll see where we’re going with this; these surreal realms are inspired by the mediaeval art of Hieronymus Bosch.

A unique game in its scope and focus, Hieronymus draws on the viewpoints of modern players to explore the collapse of feudalism, apocalypse, survival, corruption and horror, whilst introducing players to one of the greatest artists of the Middle Ages.

Hieronymus is a hexcrawl for people who’ve never heard the word ‘hexcrawl’ before, but find the art speaks to them.

You can support the campaign by sharing it on social media or pledging money. If you commit at least £10, then a PDF download via Itch is made available as a reward.

The softcover, Accordion print Worldscapes of Garden of Earthly Delights and four character sheet bookmarks are added for people who can make £15 contributions.

It’s the hardcover at £35 while at £75 you get all that, donate four copies to the community and get a personalised thank you bookplate. 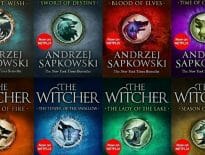 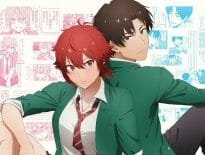