Year Zero World Building creates campaign settings using Free League’s RPGs. This month features the war-torn world of Twilight: 2000. How to kick off a campaign and keep the PCs driving towards reaching their big dreams.

Thanks to Free League for sending me RPGs to help in writing these articles. Twilight: 2000 is discussed here, and the RPG can be purchased here.

Twilight: 2000 is built for long-term player character-driven campaigns and sandbox in nature. World War III has ended, and everyone lost. The PCs, caught up in the final battle, flee the carnage. They can travel in any direction and follow up on any leads they hear about. They can also pursue their big dream: the main goal a PC is reaching towards. Examples of this goal could be to establish a community and run it or get yourself and your unit home.

Blank character sheets are included. PCs will have a nationality, branch (where trained), and a military rank, if not a civilian. PCs have four attributes and several of twelve skills. Each attribute and each skill is listed with a die from d6 to d12 which combined are rolled to try to hit a 6 or higher to succeed.

In addition to attributes and skills, each PC has coolness under fire (CUF), a moral code, and the unit has unit morale. CUF is rolled to stay calm in combat, but as CUF increases, the attribute Empathy may decrease due to emotional numbness.

The moral code, if followed under duress, yields experience points. If broken, the moral code can be replaced. Unit morale helps with CUF rolls. This push and pull of CUF versus Empathy resonates with me, and I think, captures the possible consequences of getting used to violence.

The group will also get some additional gear. They may also get a vehicle, either chosen or randomly rolled. Of course, a vehicle needs maintenance and will draw more attention. Vehicles range from a car or truck all the way up to a main battle tank.

As a final touch to character creation, each PC gets to roll a d6 to determine the number of permanent radiation points they start the game with. Life is hard in the year 2000.

On the GM side, the boxed set has the perfect kickoff to start a campaign and start building a modern world torn apart by war. The Referee’s Manual has an entire chapter dedicated to starting a campaign.

First, I chose to start the game in Poland in the immediate aftermath of the failed Operation Reset near the Polish town Kalisz. PCs are mostly part of the US 5th Mechanized Infantry Division, now scattered and running for their lives.

An intel report handout is included to hand to players, including the operation order and situation report sent after the advance failed. The last sentence, sent by their commander, reads: “I will now let the “Red Devils” of the 5th Infantry Division know that we are on our own.”

The PCs are in hex O21 just north of Kalisz. Roads head in four directions, and a river north and south. Where the PCs go is what kicks off the game. The enemy is concentrated to the east in the city of Lodz, so it is unlikely the PCs will head that way. Safety, dubious as it is, maybe more likely found to the west in Germany.

East will be enemy forces (Superior Firepower), including a tank. Pleszew is northwest and Ostrow Wielkopolski is southwest. I draw two encounter cards to see what is west.

Pleszew, according to recent radio traffic, has been hit hard by marauders, and the town lacks formal law. If the PCs head that way, they encounter hunters (A Pound of Flesh) who turn out to be cannibals if the PCs make a Recon roll. Things got dark really fast. These hunters have a rough map of the local area. Ostrzeszow is marked as: “Avoid. Soviets.” And Srem, to the west, is marked: “Avoid. Americans.” This hints at the Soviet HQ to the south and points to the scenario called Americatown to in Srem.

In the town itself, Soviet soldiers are looking for stragglers just like the PCs (Shoot on Sight). They have howitzer support but also a radio and rations the PCs might want. The town is bombed and ruined, and no civilians make themselves known.

The road to OW has suffered a nuclear strike (Armageddon) which requires a detour. Brave and/or crazy PCs can get some salvage here. In OW proper, the town is locked down with no civilians anywhere. A freight train is actually running by Soviet soldiers (Loaded Like a Freight Train) through the town and on south towards Ostrzeszow. In addition to supplies the PCs may want to re-acquisition, the Soviets also have a report about a well-supplied prison in the town of Olawa. It is out of the way but on the list to eventually investigate. This is the Prison scenario.

If the PCs fight the Soviet soldiers in either town, the local HQ in Ostrzeszow will step up patrols to the north. Things will get more dangerous if the PCs don’t move out.

In addition to these encounters and locations, I would weave at least hints about one or two PCs’ big dreams. That would depend entirely on what each PC hopes to achieve.

Once conflict becomes necessary, the game has battle maps and soldier and vehicle tokens to lay out a battlefield. Dice are also included, along with initiative cards to speed up play.

Twilight: 2000 provides the perfect combination of sandbox play, focused locations, and PC-driven adventures. Sometimes a PC may get to pursue a big dream, while another team, the whole group, may be starving and just trying to get several rations to get by. Sickness is a real danger anytime the group interacts with other humans, but that interaction will be critical when the PCs inevitably need assistance. They also have to maintain their gear and any vehicle, deal with radiation and wild animals and face off against hostile Soviets, deserters, angry and desperate civilians, marauders, and even spooks with unknown and perhaps unsavory agendas.

Campaigns can easily run on the PC-driven goals and the random wild nature of the setting. This one is a real winner if you want to create your own world and make the setting your and your players’ own. 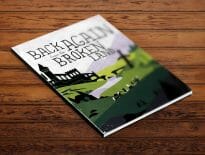