You are here: Home / TV / Anime / Scherzo of a Deep Night is dark, creepy and typically actioned packed

The latest trailer for the 2nd Sword Art Online Progressive anime, Scherzo of a Dark Dusk, paints a dark and creepy picture. There are no English subtitles, so that’s what we’ll have to assume.

The action comes quickly, though, as we’d expect to manifest.

The main cast returns with The Seven Deadly Sins the Movie: Prisoners of the Sky director, Ayako Kohno at the helm with A-1 Pictures, and Sword Art Online character designer Kento Toya where you’d expect. There’s an action director as well; Yasuyuki Kai.

A lot is going on for the movie, including a coordinated soundtrack, Yen Press and even an exhibit at The Ueno Royal Museum in Tokyo.

The Progressive spin-off is a reboot/retelling of the original Sword Art Online novels with a floor-by-floor of dungeon crawl that is castle Aincrad.

Scherzo of a Deep Night is dark, creepy and typically actioned packed 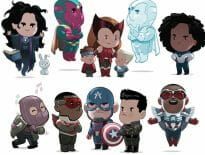 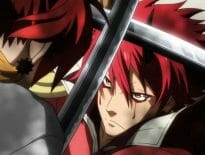