You are here: Home / TV / Anime / Crunchyroll will air Saint Seiya: Knights of the Zodiac – Battle for Sanctuary

There’s more Saint Seiya anime coming. It arrives in the shape of Knights of the Zodiac – Battle for Sanctuary, and outside of Asia, Crunchyroll will stream it.

It’s due in the summer and everywhere, including the CIS, which might be an awkward nudge to ask Sony whether they’ve pulled out of any real-life battlezones as many brands have.

It’s a win in the anime war for Crunchyroll as the first Saint Seiya series was over on Netflix in 2019 and looped in the Galaxian Wars, Black Knights and Silver Saints arcs. There’s more material for Crunchyroll and Toei Animation left to use, which is welcome news for fans.

That original series was described;

The young warriors who protect the goddess Athena are known as the Knights of the Zodiac. One young orphan, Seiya, is destined to become the Pegasus Knight. Athena has been born into this world, but this time under a dark prophecy that she will lose the war against Poseidon and Hades, and lead mankind to ruin. Seiya stands up against the prophecy, willing to protect her at all cost. But now a god-killer arrow has struck her heart. To save her life, Seiya must ascend Sanctuary and defeat twelve legendary Gold Knights – and he only has twelve hours to do it. Will he make it? And what will happen to the dark prophecy if he succeeds?

Crunchyroll will air Saint Seiya: Knights of the Zodiac – Battle for Sanctuary 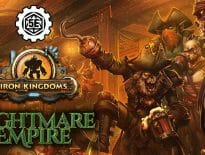 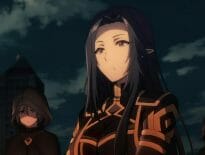