You are here: Home / TV / Superhero Week: Batman and Superman – Battle of the Super Sons trailer

Critical Role’s Laura Bailey is Lois Lane and Travis Willingham Superman while Troy Baker is Batman as their kids line up for this animated adventure. Well, Robin and Superboy, that is.

Batman and Superman: Battle of the Super Sons will also be Warner Bros’ first-ever all-CG animated feature-length, if you can believe that.

DC describe this super-kids versus alien invaders battle as;

There’s a bit more detail in the shops that have pre-orders open.

When 11-year old Jonathan Kent discovers he has super powers, the half-Kryptonian is thrust into the world of heroes and villains now under attack by a malevolent alien force known as Starro! Joined by assassin-turned Boy Wonder, Damian Wayne, Jonathan must race against time to save their fathers (Superman and Batman) and the world by becoming the Supersons they were destined to be!

The adventure is due out on shiny disc and streaming platforms October 18th. Frustratingly, Amazon UK says September. However, much of the Amazon UK data on the title seems to be Dawn of Justice based on some quirky algorithmic decision.

Robin and Superboy kick off the 2022 Superhero Week. Supes fan? You can use this teleport link to time travel through other Superhero Week content. 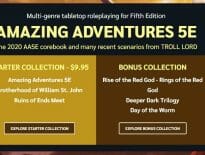 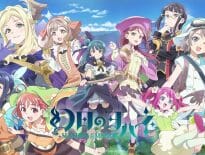