You are here: Home / TV / Anime / Smile of the Arsnotoria: Warau Arsnotoriac RPG trailers its movie

The smartphone RPG Warau Arsnotoria is getting an anime from LIDEN FILMS. It’s called Smile of the Arsnotoria. We’ll see some of it at Anime Expo 2022 in just a few days, and then it’ll come to Crunchyroll.

You can grab the game from Apple or Alphabet.

I especially like how someone is running in the opening seconds of the trailer to get out of the shot in the first scene. I think it sets the mood.

The plot centres around young women in a magic school.

Hajime Ninomae, who works for the game-makers, came up with the original story concept, and Shinichirou Otsuka from the sometimes dark Re:Zero did the character design.

A manga for the series recently launched via the Monthly Dragon Age magazine.

Smile of the Arsnotoria: Warau Arsnotoriac RPG trailers its movie 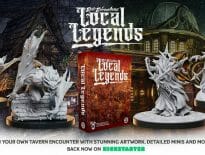 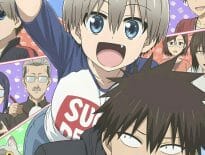