You are here: Home / TV / Anime / Senpai, Senpai (and that cat!): Uzaki-chan Wants to Hang Out! Double

Uzaki-chan Wants to Hang Out! Double has a trailer, which looks fun. The show might have an older couple trying to date and certainly has one weird cat.

I’ve not seen the original Uzaki-chan Wants to Hang Out! It is on Crunchyroll right now, and that’s significant because the trailer seems to be all about romantic tension between two of the three characters. Is that what season one is about? How long, how well, can a show run on those rails?

Checking Geek Native’s records, I see that the first season came in via Funimation, which bought then became Crunchyroll.

In response to the lead male just wanting to chill, I noted;

However, in Uzaki-chan Wants to Hang Out! there is the rambunctious and well-endowed underclassman Uzaki Hana. All Hana wants to do is hang out and poke fun.

University student Shinichi Sakurai is comfortable being an introverted loner and doesn’t care what others think. Buxom underclassmen Hana Uzaki doesn’t understand this one bit. A tornado of joy, she’s taken it upon herself to make him more social. Starting to enjoy her company, he’d concede that they’re friends. Can it be possible to have as much fun with another person as he would by himself?

Senpai, Senpai (and that cat!): Uzaki-chan Wants to Hang Out! Double 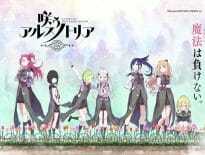 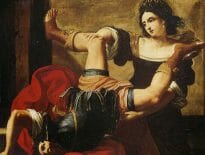