You are here: Home / Geek Stuff / No time for subtext: Beast Tamer heads to Crunchyroll

“Master, will you tame me?” mews the catgirl.

Fortunately, Crunchyroll has renamed the show “Beast Tamer” for us and picked up the series as well if this is your sort of thing.

Strangely, Crunchyroll hasn’t said much about the series despite having that subtitled trailer. The Fandom wiki offers us this;

Beast Tamer Rein, who uses animals, has fought as a party of heroes. However, Rein, who has no other merits, gradually becomes unable to keep up with the battle. “You’re nothing but useless to use animals. You’re fired.” Finally, Rein is banished from the party. From now on, let’s live freely regardless of saving the world. Rein decides to become an adventurer, but at that time, he meets his destiny. On the other hand, the brave party was unaware. Until now, it was Rein who was able to fight the Demon King’s army .

That, I think, is a translation but more than enough to give us context. Our hero is a Beast Tamer, and it looks like there’s a typical Demon Lord (or King!) lurking as the big bad.

The anime is written by Miyama Suzu and illustrated by Hotosouka.

Tempted? Crunchyroll brings us the catgirl and friends in October.

No time for subtext: Beast Tamer heads to Crunchyroll 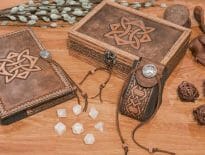 Tabletop & RPGs Give your RPG accessories some Norse style: Viking… 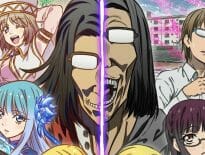