You are here: Home / TV / Anime / Uncle From Another World looks like a bit of an abnormality

There are some sinister faces in the anime Uncle From Another World.

We’re all probably very familiar with the isekai genre; people from our world, or one like it, who find themselves in a fantasy one.

Uncle From Another World twists that, so we’re dealing with the return of one of such. The weird uncle. And this latest trailer makes no bones about how out of place he is. Subtitles are available by hitting the caption button.

Isekai Ojisan, as the show is in Japan, is due out next month and via Netflix. We will get the show later, but we don’t know when.

Hotondoshindeiru wrote the manga that the series is based on and blue Exorcist: Kyoto Saga assistant director Shigeki Kawai is at the helm at studio Atelier Pontdark.

Yen Press, with the English manga license, say this of the title;

​Seventeen years ago, Takafumi’s uncle fell into a coma, but now he’s back like a man risen from his grave. Soon, Takafumi discovers two bizarre things: His uncle treasures video games above all else, and, while comatose, he was actually transported to another world as some heroic guardian! Now, not only does Takafumi have to room with an uncle who is literally magical, he also has to catch the guy up on two decades of history—smartphones, high-speed internet, modern anime tropes…and the traumatic outcome of the ’90s console war!

Uncle From Another World looks like a bit of an abnormality 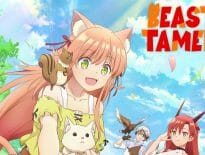 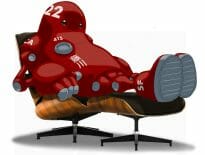