You are here: Home / Games / Tabletop & RPGs / Genre Police: In Defence Of The Monster

Perhaps the most hated trope in the entirety of roleplaying is the DMPC, a character created by the DM as a party member.

This character stays with a group of heroes and keeps them company. A noble idea but often twisted by a careless DM. Horror stories on the internet the world over are full of the tales of these attention-seeking, kill stealing, avatar-of-the-gm characters. They ruin games. They steal agency. They do everything and leave nothing for the players to do.

That’s the received knowledge. Placing an NPC with the party is often seen as a sign that a DM would instead be playing or is a frustrated author trying to fit their ‘main character’ into the narrative.

So it may come as a shock that I regularly have two NPCs accompany any group I run. I want to explain why and show how I make it work. I know that defending DMPCs is maybe a bad look. But if you’ll indulge me would like to show how a correctly placed NPC companion can be the best thing for your campaign.

Adding an NPC to your group can really add to your available toolbox. It gives you a window into the party and grants you a number of avenues you wouldn’t always be able to use.

Firstly the NPC is a way of keeping social glue together in a party. A sensible, grounded NPC in the group can help defuse tension between PCs if there is a disagreement in character and no one else wants to be the peacemaker.

They can be a voice of reason if you (as the DM) can see a plan will lead to an instant party fail, suggesting the players look again without railroading them. All it takes is pointing out a single thing in a plan they haven’t thought of.

They can also be an unforgettable roleplaying experience as they form a bond with some characters that can lead to deep friendships, romances or rivalries.

Having one of these NPCs along for the ride is to deepen the world by allowing the players to see it through someone else’s eyes. It helps the world feel real if someone in the group isn’t aware they are in a fictional universe.

The immersion of having that in a party consistently creates a more connected feel. But it’s important to keep the tool from becoming a crutch which you place all the ideas and solutions on. So as wonderful as they are, they should all be designed…

With A Terrible Flaw

They should occasionally give bad advice that you, as a GM, doubt the sanity of. Their flaw should also be lent on as a reason they aren’t the centre of the story, causing them to be less effective than a PC. The flaw might be one they are aware of and ask for help with, or something they need to be made aware of.

The chances for PCs to interact with them in new ways is then deep and meaningful. Becoming…

Maybe they don’t trust and need to be shown the point of family. Maybe they need to see the danger they pose with their rashness. Maybe they talk in riddles and are confused but hold an essential clue inside their mind.

NPC travelling companions should be designed as long-term social puzzles that reward the players if they invest and care about them. If neglected, their flaws just get worse. But continual maintenance of friendships is how friendships are maintained. So it’s worth reflecting that in game.

In a supers game, it’s a classic move to make one of the heroic NPC join the bad guys after a while, so embrace this sort of storytelling.

It’s also a way of giving downtime a real personal feel. If you have relationships to maintain within in party, then the time you spend between adventures writes itself and allows for moments in a game that really matters. For that to happen, they need to see that they are having an impact on the NPC because….

If the PCs invest time in the NPCs, they need to grow and change. If players create social situations and high stakes that alter and change those NPCs for the better, the players gain a sense of accomplishment that keeps them invested in the game. Even if the main plot is not featuring them in centre stage right now.

Of course, if these changes hit regularly enough for most players to have meaningful moments, you are gonna need more the one NPC with the group, so….

It’s my experience that two NPC companions for a group are much better than one.

These two NPCs can disagree on approaches, ensuring you aren’t using them to push the party in any direction. They can have wildly different takes on the information presented, deepening the way the world is presented. Perhaps one is a pessimistic and world-weary veteran, and another is a naïve and idealistic hero. Perhaps one is a pacifist, and another solves problems by headbutting people into unconsciousness.

Having two also tends to combat the ‘main character’ syndrome that some DMPCs suffer from.

Having two NPCs with a party means that you are so busy just reacting as both people and contrasting them, that you never have time to slip into the old tropes of taking centre stage or stealing agency.

I hope this is a helpful guide to having a realistic type of companion. One who works with the party and provides far more rounded content for players to interact with.

At least, I hope it helps keep you from falling into the traps that we’ve come to associate with the term DMPC. Next time we are going to look at what you can do to prevent being run over by your game. I hope to see you then!

Creative Commons credit: [DnD commission] Fear not the dark by Robusta-art, The Radiant by sandara and Cloak and Kraig (DnD characters) by WIPwolf.

As long as the GMPC in the group is in a support role, I have rarely seen problems from a respectful GM.

I think that’s key, there’s just a disconnect between the perception of this and the practical application, so much so that a lot of online advice is dead set against the idea.

Genre Police: In Defence Of The Monster 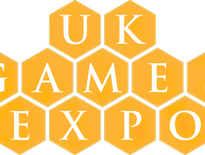 Tabletop & RPGs UKGE 2022 Awards: The best RPGs and board games of…