In the last article, as part of my series on villains, I shared 5 different types of villains that could exist and how they could impact and interact with heroes.

Today I’m going to be continuing in that vein to round out to a set of ten and deepen our understanding of how to create and run interesting villains. So we going to look at a few villains who might be a little more extreme in their relationships with the players.

Personality: The Believer has a mission. They are making the world a better place. They are prepared to try to convert others to that mission, but ultimately, those that stand against their mission are possessed of heretical thought and must be put down or nullified.

PC Relationship: PCs who attempt to understand a believer may be met with courtesy or surface-level civility. The Believer is always desperate for others to understand their point of view. But once questioned, they are likely to become quickly defensive and eventually violent, especially to those who take steps to stop them. They are very likely to quickly go from friendly to hostile at the drop of a hat, often with scary intensity.

Impact: Believers often have quite a large impact. Their schemes can range from the eradication of a certain type of ‘heretic’, an oppressive social order, hate killings or world-altering schemes. Whichever it is, they cause widespread suffering with the blind pursuit of their goal.

Defeat: Believers are rarely reasoned with as they will skew the truth to fit their worldview. Players who try this route should be greeted with the kind of scenery-chewing delusion reserved for the highest of comic book supervillain. Any attempt to recruit those they target and oppress should be met with great success. Changing the minds of others is the way to win the war.

Personality: The protector has been hurt. Their loved ones have been hurt. Now, they cannot see a way to make them safe until all threats are removed. Perhaps they are simply a dangerous guardian of a place or perhaps they are more proactive. Either way, Gods help you if you a perceived to be a threat to them and theirs.

PC Relationship: This is maybe the most tragic of interactions because maybe at some point the protector was justified or could have been an ally to the PCs, but now something they have done has been taken the wrong way and the protector has come calling. They’ll focus on two objectives. The first is to make sure that this doesn’t connect to their people. The second is that the offender suffers in a way that sends a message to everyone else. Once the first objective is cleared, all gloves are off.

Impact: The protector is trying to send a message, the sort that is delivered through strung up corpses. This has a wide-ranging impact on local communities. Tragically, this protection can also cause blowback on whatever ‘family’ the protector has, further giving fuel to the cycle of violence.

Defeat: It’s possible the damage can be healed. The protector can see outsiders as allies before it’s too late; it becomes the kind of bigot it set out to stop. But often, these things end in tragedy. Can the heroes act fast enough and see past the use of violence as a solution?

Personality: The beast is a monster. An inhuman predator intent on killing. Either for food, somewhere to store its eggs or to breath the terror of others. It doesn’t so much take pleasure in the horror it causes as it just lives differently – it’s world is one of primal order, kill or be killed. And it isn’t going to be killed.

PC Relationship: Most of the interaction with a beats is seeing it kill things, seeing the aftermath of it having killed things or trying not to get killed by it. Head to head conflicts are going to be brutal and desperate. Negotiation attempts are likely to be fatal. That tactic is for other villains.

Impact: A beast’s impact is often limited only by it’s ability to kill. A werewolf in an 1800’s village or alien life form on a ship is likely to have less impact than a rampaging Tarrasque on a fantasy world, but all creatures are likely to sow havoc.

Defeat: A Beast knows no reason. It’s not there to be talked to. Any conclusion is likely to be violent and hurt. Sometimes, you can’t talk your way out of the problem.

Personality: The butcher likes pain. They might look like a horrid, scarred torturer or a school librarian, but they love messing with people and they like hurting. Everything they do is motivated by getting excited by violence. They’ll go out of their way to cause strange and new hurt.

PC Relationship: A butcher may be a simple bloody singular interaction or it may be that a hero has attracted the attention of a dangerous admirer. Communications are sent. At first dedicated but… off… as if they are fans of the violence that PC has resorted to. Then, as these are ignored, the communications become more and more offended and dangerous. They’ll make you see the truth. They’ll open your eyes. Maybe they’ll make sure you can never shut them again.

Impact: Butchers who operate overtly tend to be either be put down or fall into societies that are based on might. So those that want to keep their heads down tend to have only a personal impact. But that impact is often painful and bloody.

Defeat: A butcher is a sick animal that eventually needs to be put away. An attempt to chase a butcher into its own domain should be the stuff of nightmares, horrid discoveries of their handiwork present, traps everywhere. But it’s also worth remembering that the butcher is overconfident and caught up in their own specific brand of psychopathy. Playing on that can draw them out into a more even playing field. Exposing them to a community at large is also likely to be a good play for players as the local disgust is likely to be a powerful weapon for confronting them.

Personality: Some people just like to watch the world burn. Nihilists are often thought of as the most boring of villainy, the most straight-up ‘just bad for bad’s sake’ types. But the joker is forever popular. It’s because sometimes someone with nothing left to lose is very, very dangerous. The Nihilist is done with all. They just want to see it all crumble.

PC Relationship: A nihilist is likely to be a more ideological foe to begin with, someone who stands against an institution or ideal that a hero holds dear. The Nihilist isn’t just on the opposite side of the argument, they think the argument itself is pointless and all of it is a cosmic joke. They’ll chose the PC as an avatar of that social order and test them by creating situations where the hero must make decisions that question the validity of the values they hold. It’s personal but only so far as this is a battle of ideas. Any thoughts of actual personal conflict are likely to be the furthest thing from the Nihilist’s mind. That just proves higher thought it meaningless and they know that already.

Impact: Nihilist’ schemes can be low-level personal vendettas or they can be plunging entire worlds into an endless screaming void of nothing. It’s about opportunity, not design.

Defeat: A Nihilist is sort of searching for meaning. Proving to them that they are wrong is hard but possible. PCs who refuse to bend or play the game or dirty their souls could eventually persuade them that they’ve done wrong. If it does come down to violence, the Nihilist is unlikely to try to run away and will happily die to be proven correct.

That rounds us out to ten ideas for villains that you can tidy up and add to your own game in any way you’d like. This is just the beginning, there are so many ideas if you think about it, and I’ll probably return to this idea at some point – I have at least five more of these ready to go. But for now, I’ll give you time to make villains for your game based on these entries, and next time, we will re-purpose a type of hated NPC trope into something more useful. 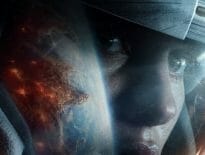 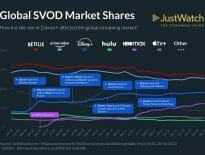 Sites Market share stats: The global state of streaming …
wpDiscuzComment Author Info
Manage Cookie Consent
This site uses cookies 🍪, and links are ads that may earn bloggers some money 💰, and with this alert, I very much hope that these dark truths 🧌 are acknowledged.
Manage options Manage services Manage vendors Read more about these purposes
Preferences
{title} {title} {title}
Loading Comments...