The first session of any game is the one I have huge trouble with.

I’ve run nearly 100 ongoing campaigns, but at the end of every first session, I feel like maybe I could have done more to bond the characters and maybe it hasn’t exactly gone to plan.

By session two or three, the game is usually up and running, and people are really enjoying it. But that first session is always a bit touch and go.

Except in one case. In this case, I managed to really deliver an opening gut punch of a session. It’s worth talking about that session as I tried a narrative structure that I haven’t used often – The Siege.

The basic structure of a siege is really easy. Have a location the players can’t leave due to the danger outside and then present them with waves of threat they have to stave off. But they can make the location defensible.

In my game, I had a group of first level D&D players trapped in a remote colonial embassy surrounded by a legion of undead, but we see siege stories in a lot of media, from Helm’s Deep to Precinct 13. But we are so often setting up a quest to go on or an adventure hook for characters in RPGs we don’t often see the idea pop up.

Our heroes are often those deciding the action, taking the fight to the enemy or charting the course. Putting them on the backfoot be very challenging.

If you’re going to try a siege, I think the first part is not signposting to the players straight away. Things need to suddenly go wrong very fast. Giving the players a different objective or idea within the location that causes them to explore is a good way to get the know the structure reasonably well, before it is attacked.

In my siege, I had the players all being sent to be processed by the embassy, where they had to sit through an interview and media exam before they were allowed to go to different places on the new continent. This meant they spent half the game session thinking we were taking a very slow social start to the game.

As one player later recalled, ‘I had no idea where it was going; I seriously thought we might be spending session one filling out paperwork’. Needless to say when the dead turned up, they were surprised but also delighted with the twist.

One of the classic moments of siege stories is when people under attack start to disagree or make bad decisions that make things harder.

For this you’re going to need a big cast of NPCs, a large number of which are going to die through stupidity, stubbornness or heroics. The idea is to give stakes to the players but also create complications. I’d have as many NPCs in the location as you feel you can manage safely and no less. People who might become fast allies, some who want to be in charge or escape, have a variety of specialisms. It also gives the players people to order around and send to different locations if need be.

Also, give time to have interactions. Under threat is when we can learn stuff about characters. It can really glue the PCs together and forge them into a team.

It’s so important that the threat in a siege is terrifying. I threw 400 undead at my first level PCs. The players have to know they can’t just fight their way out.

The initial assault has to kill NPCs, risk life and limb, and be about the players getting into safe spaces and locking themselves down.

After that, they can triumph against specific waves of enemies that have broken those lines, but to begin with, it has to seem an unwinnable fight. Or they’ll try to fight it out. Players are like that.

The location needs to have several exits and entries, places that no one knows about, to begin with so that the story of the place plays out.

Maybe the enemies can find a new way in and erupt from the walls or lower levels? Perhaps a part of the structure could crumble at any point. Perhaps the reason a siege is happening is to do with a secret the place possesses? You need to ensure the game isn’t just a series of combats. Give them other things to do inside the siege that can make the situation better – or at least stop it getting worse.

It’s also worth hitting them with multiple problems at once. Maybe some people have to fight against a breach while you also find out that one of the NPCs is here for a nefarious purpose and has tried to kill another NPC. Perhaps two breaches happen at different points within the location at once.

Give the players reasons to split up and form teams or move through places in the location in order to survive. In my game, the players needed to scout for information about why the undead were here by getting in and out of an overrun library, rescue someone caught in a nearby tree, face a threat on several different fronts and finally locate two pieces of a magic item on the property.

Maybe they just have to hang on until reinforcements arrive. Maybe they need the keep them off until a spell can be completed. Maybe there might be a concealed way out eventually. Or a way to kill all the bad guys if they work hard enough.

Whatever it is, you need a way for the siege to come to a natural end. It needs to feel earned but achievable. Because without it, the players are going to feel like it is hopeless. So make sure you have a hope that the players can hold to during this because you’re going to be throwing all kinds of things at them, and the situation should get dire at various points. If they work on a solution, allow things to go well because the story is about these players even in this dire moment.

I hope that gives you an idea about a different structure of adventure/encounter to throw at your players, one that will shake up the status quo and pull your players together.

I know it did mine, and I hope it’s a fun way for you to step up the threat of a game right away or whenever you feel like things might have gotten a little slow. Next time, we’re going to look at a different narrative idea with a different structure that is a complete contrast to this one.

Until then, keep your doors locked and barricades up so you make it! 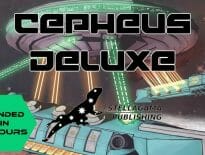