You are here: Home / TV / Anime / Engage Kiss anime: Not just a rom-com

Geek Native first posted about A-1 Pictures’ Engage Kiss in April with only two things to say.

Firstly, I was surprised I had found space to blog about an exclusively Japanese rom-com trailer as they’re not typically suited to the non-Japanese readers and listeners of the blog. Secondly, all hell breaks out in the twist in the trailer, which is why Engage Kiss made the cut.

And now? Now there’s a second trailer that confirms Engage Kiss is not just a rom-com. In fact, despite the media calling it one, I think you’ll have to look hard to see much evidence of romantic comedy!

Fumiaki Maruto (Saekano -How to Raise a Boring Girlfriend-) and artist Tsunako (Date a Live) are teaming up for Engage Kiss, making it an exciting project from the outset.

The anime is due next month in Japan; there is no news of it hitting a streaming platform, but it will surely.

There’s a Square Enix mobile game coming up called Engage Kill. The two are related and tell a story together, and I suppose we now know enough to conclude it’s a romance that happens on a demon-infested artificial island somewhere in the Pacific Ocean.

That island is called Baylong City, and it is outside the country of any one country and built entirely to tap into a new energy source. That energy, orgonium, or perhaps humankind’s interference relates directly to the “D disasters”, aka the Demons.

So, yeah, we’ll have a demon as one of the love interests and the private security forces sent to deal with them as other. 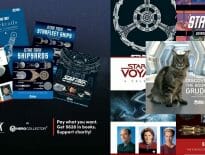 Books Land The Star Trek Library for a lowly collective … 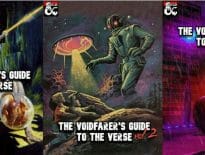