True, we’ve not been told much about A-1 Picture’s “Engage Kiss” anime, but the words “romantic comedy” have been used.

The first minute or so of this trailer looks like that. I don’t speak Japanese, and there are no subtitles, so what happens next is left field!

I didn’t expect the Engage Kiss to make the Geek Native cut. The backlog of anime to show off is long, and it would need an impactful and rewarding trailer to get shown.

The synopsis I can find for the show says;

Set in Baylong City, an artificial island city established in the Pacific Ocean to exploit local natural resources. Shu runs a small company, though his spending habits have left him constantly penniless. A girl named Kisara frequents his office and is constantly worried for him. Kisara attends a high school in Baylong City, and does everything from clerical work to household chores with confidence. Meanwhile, Ayano is Shuu’s ex-girlfriend and former work colleague in a company that Shuu used to work for.

There are clues, I guess, with the mention of exploiting natural resources and an artificial island. But demons? Wars?

Paying attention to the key visual/promo poster and what’s going on in the background is even more compelling evidence.

Who’s behind this? Fumiaki Maruto is the author who wrote Saekano -How to Raise a Boring Girlfriend- and Tsunako, the Date a Live illustrator.

Engage Kiss is due out in Japan in July. 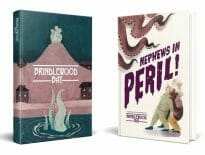 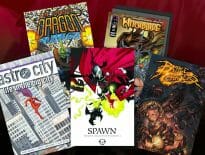