You are here: Home / TV / Anime / Pole Princess!!: Pole dancing trailer is bold and demure at the same time

Avex Pictures and Tatsunoko Productions are making an original anime called Pole Princess!! It’s about pole dancing, and there’s a whole trailer routine to show you exactly what that looks like.

I wasn’t sure what to expect. Let me half-spoil it for you but also invite disagreement! I suggest this trailer manages to be bold and demure at the same time.

The character dancing here is Yukari Mikoshire, but the story is about Hinano, a regular and mild-mannered 17-year-old girl. Hinano had loved her grandmother’s planetarium since she was a child and discovered it would have to close down. Our hero was thinking about what she could do for her grandma and the planetarium when she saw a woman dancing on a pole under a starry sky. Collecting her pals, they set a stage in the planetarium to perform shows, raise money, and enter the world of pole dancing.

Pole dancing has been around for centuries, with evidence of its use in ancient cultures from China and India to Greece and Egypt. It is believed to have been used for exercise, entertainment, and seduction.

There’s even evidence from Chandraketugarth pottery dating to the 2nd century BCE of Mallakhamba, an Indian yoga or gym routine involving a wooden pole. This might be the earliest record.

In the 19th century, pole dancing was performed in circuses and sideshows as part of acts. In the 1920s, it was popularized in the United States as an exotic dance, and in the 1990s, pole dancing became popular in nightclubs.

Today, pole dancing is an athletic and artistic form of dance, exercise, and performance. It is popular in strip clubs, fitness classes, and competitions.

Pole Princess!!: Pole dancing trailer is bold and demure at the same time 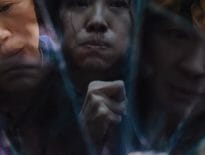 TV JustWatch: How did our December TV interests go? 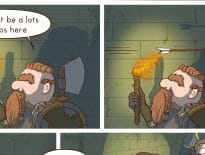