You are here: Home / Games / Tabletop & RPGs / The One Ring brings solo TTRPG mode to Middle-earth

Free League Publishing’s second edition of the official Lord of the Rings now has a solo-play mode.

You can explore Middle-earth without a GM, DM or even a fellow gamer.

The solo RPG is brand new and has been designed by Shawn Tomkin and Matt Click. Both have heavyweight solo RPG cred, both having worked on Tomkin’s own Ironsworn. Ironsworn is an adamantine bestseller at DrivethruRPG, and it might be the world’s best selling single-player capable RPG.

Named after Aragorn, the official single-player supplement is called Strider Mode. Strider is the name of the shady character the hobbits find at the Prancing Pony in Bree. The dodgy ranger turns out to be a friend of Gandalf and later revealed to be Aragorn II, the heir of Isildur.

Strider Mode introduces new rules to The One Ring RPG, as well as modifying existing ones.

Strider™ Mode presents additional rules as well as modifications of the core rules of The One Ring™ to facilitate a lone Player-hero setting out on their own. The mode also includes guidelines for solo players and a selection of random, but thematic, tables to help incite and inspire your solitary wanderings across Middle-earth. Wonderous adventures awaits in the world of The Lord of the Rings™.

The One Ring brings solo TTRPG mode to Middle-earth 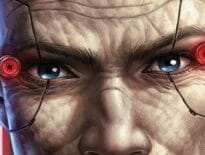 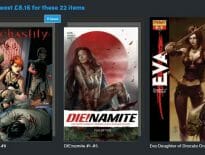