Imagine having the official license for the Batman RPG and making it the “and” in a Kickstarter project. I’d lead with it!

But, what do I know? I suspect Monolith’s decision to the Batman RPG after season three of the Batman board game is financial. One of those two will make the French publisher money. In fairness, the pitch video and much of the story page on the Kickstarter are about the RPG. You can read the latter on the project page.

Some RPGs are set in a world featuring comic books or TV characters. Batman takes the other route and in the RPG you can play as those characters.

What’s that like? The Batman RPG Quickstart rules are free. They also carry the 5e OGL.

The 48-page rules introduce Batman, an interesting choice, and RPGs and show how Batman differs from other 5e games. Wealth, for example, is more prominent, and characters have “Ethics values” rather than alignment.

Batman has Crtical Failures and a system of Exploit Points. Here’s a snippet from the latter.

Each EP spent allows 10 to be added to the result of a D20. Players decide whether or not to use an EP after rolling a D20. Only 1 EP can be used per round of combat. EP are only regained after an adventure has ended, or every 4-8 hours of play, or as soon as a break or a positive event allows the characters to rest or get their confidence back.

The Kickstarter mixes up the RPG and the board game expansion but let’s focus on the RPG for now. Why? If you have seasons one and two of the Gotham City Chronicles, you know more about the game than me!

A pledge of €55 is enough to get you the core book, presumably in print, and all applicable stretch goals. Shipping is worldwide, French laws allowing.

Alternatively, if you just want the first wave of board game rewards and not the RPG, then find €119, or about £102 for the various expansion goodies.

Higher tiers climb to €268 and put the two threads of RPG and board game together. 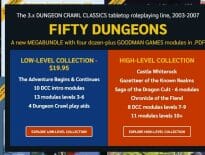 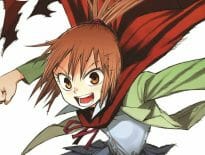 Anime The Lucifer and Biscuit Hammer are coming
wpDiscuzComment Author Info
Manage Cookie Consent
This site uses cookies 🍪, and links are ads that may earn bloggers some money 💰, and with this alert, I very much hope that these dark truths 🧌 are acknowledged.
Manage options Manage services Manage vendors Read more about these purposes
Preferences
{title} {title} {title}
Loading Comments...