You are here: Home / TV / Anime / The Lucifer and Biscuit Hammer are coming

Lucifer’s Hammer is an iconic sci-fi novel from Larry Niven and Jerry Pournelle. Published in 1977, Hugo-nominated in 1978 is one of the original comet strike epics.

There’s a talking lizard and a giant space hammer.

Seven Seas have the license for the English manga, and they describe the story this way;

Everything about college student Amamiya Yuuhi is average: grades, looks and his blasé outlook on life. So what happens when he awakens one day to a talking lizard, who informs him that there is a gigantic hammer in outer space, poised to split the Earth into pieces, and requests his allegiance in the fight against the forces of evil? Pretend it never happened! Unfortunately for Yuuhi, a little bit of coercion in the form of a super-powered princess prevents him from returning to his mediocre life-as-usual.

In the adventure of his lifetime, Yuuhi will join forces with the unpredictable princess and seek out a motley crew of companions to fight back against an evil mage and his horrifyingly powerful homunculus before the Biscuit Hammer destroys the planet!

Mangirl! director Nobuaki Nakanishi is at the helm, along with So I’m a Spider, So What’s Yuichiro Momose. Crucially, Mizukami is also involved.

The voice talent is good too with Junya Enoki (Itadori in JUJUTSU KAISEN) as Yuuhi Amamiya and Naomi Ohzora (Uzaki in Uzaki-chan Wants to Hang Out!) as Samidare Asahina.

After waiting so long for the anime, fans got the pleasing news that Studio NAZ has been hard at work and the series is expected to air this July.

The Lucifer and Biscuit Hammer are coming 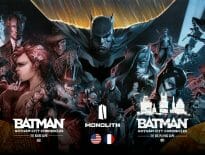 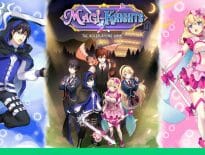