Keep an open mind. I thought I’d hate but enjoyed the anime Rent-a-Girlfriend.

Despite the odds, the writers kept it fresh as dumped-guy rents a platonic girlfriend just not to be single for a crucial time. Of course, the two find their personal lives are interwoven, and while it remains platonic… could there be more?

Although I don’t speak Japanese, the season two trailer suggests that platonic status is under threat.

Season two is due out soon; in July in Japan and it is likely Crunchyroll will pick up too. The anime platform streamed the main series with the broadcast of season 1. The synopsis from them at the time said;

Kinoshita Kazuya is a 20-year-old failure of a college student. He managed to kiss his girlfriend once, but was dumped after a month. “Ugh… Damn it. I never want to go through that again.” Completely spiteful, Kazuya uses a certain method to date a girl. He goes to their meeting place and suddenly hears, “You’re Kazuya-kun, right?” A beautiful girl brushing her long, black hair behind her ear was there, smiling at him. Her name was Mizuhara Chizuru. Something real is born after just a single rental! A reckless rom-com filled with love and excitement is about to begin!

The cast and crew from that successful season 1 with director Kazuomi Koga and TMS Entertainment are back for season 2. There’s every reason to be hopeful, but I ask, how long can they keep this premise going despite being proven wrong episode after episode? How many girls-of-note can they introduce into this complex relationship story? And what about another guy? 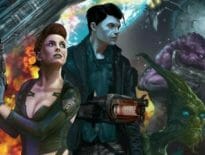 Tabletop & RPGs Reign of Discordia pitches Kickstarter with 5e and… 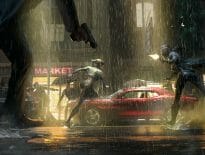