Bruce Cordell’s The Origin is now available in hardback and PDF from Monte Cook Games. The 160 page RPG uses the Cypher System, and there’s a free preview. DriveThruRPG also has a copy.

In an introductory article, Cordell argues that in most RPGs, characters tend to begin with some powers to associate them with their genre roles. Wizards have magic. Space Marines have blasters.

In The Origin, we wanted to do something that isn’t done as often, by providing PCs the experience of transitioning from regular people to extraordinary ones. And even after gaining their powers, we give you optional tools for modeling how inexperience in being superpowered can sometimes be dangerous all by itself. After all, if a PC can suddenly set things on fire just by thinking about it, it will take them a bit of practice to get full control of their abilities. Even so, they’ll still probably face a few mishaps along the way.
It all starts with strange new memories—memories of an interstellar asteroid killing the Earth!

Is the Earth destroyed? No, it isn’t.

Next, in the game, the strange memory triggers something in the characters and they start to develop powers. The RPG provides rules and structure for this, so that it seems somewhat random but is somewhat controlled.

If the PCs survive the process, then they’ll have new powers, enemies and allies.

The rule book has;

You need a copy of the Cypher System core rules to play but not Claim the Sky, Monte Cook Games’ superhero sourcebook, although it is a good pairing for The Origin. 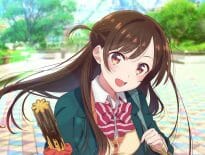 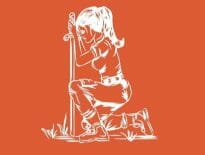