You are here: Home / Games / Tabletop & RPGs / TTRPGs for Reproductive Rights will put more than $1,000 of gaming goodness in your pocket

The tabletop gaming community can be heroic at times. Step-up companies and people like Rowan, Rook and Decard, Old Skull Publishing, Eliot Silvarian, Chris P Wolk, Abyssal Brews, Edinburgh’s own Tanya Floaker, A Couple of Drakes, David Blandy, Wyldrvir, Into the Weird Blue Yonder, Adrian Lumm and so many more.

There are so many heroes that the total value of downloads in the bundle TTRPGs for Reproductive Rights that there’s about $1,400 worth of games available.

That’s right. A saving of about 99%. 201 creators have all put a game in the bundle to help with the battle in the United States of America to protect women’s health and the autonomy that the rest of us take for granted.

The bundle is managed by Roll for Romance and will run for another 25 days. They say;

Reproductive rights are under attack. According to a leaked opinion, conservative Supreme Court justices are planning to overturn Roe v Wade. Join us in raising funds to support and protect abortion rights—now is the time to act and make our voices heard!

There’s more. Hit Point Press has stepped up with an additional Big Bad download. Email [email protected] with a screenshot of your purchase, and they’ll send you something from their library.

The news is good. The bundle has raised more than $80,0000 and looks set to push even higher.

Additional shoutouts are due to Anna, Colin, 6 String Games and Rue for their coordination help.

There’s even a second and similar bundle on the go over at DriveThruRPG. The RPGs For Reproductive Justice is significant, not this big, but has a different range of downloads.

TTRPGs for Reproductive Rights will put more than $1,000 of gaming goodness in your pocket 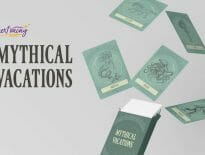 Geek Stuff Where in our world are the monsters? 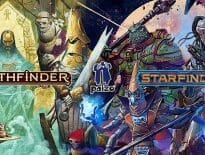