You are here: Home / Geek Stuff / Use this castle tower to shake your dice

Your mathrocks sit under a dome, and with a flick of a switch, you cause them to bounce up, rattle around and then settle randomly down. It’s a perfect solution if you don’t have much table space, a cat, small things on your table or players with weird dice launching techniques which worry others.

I imagine you could also just shake the whole tower and set it back down, but if you want to see how the switch works, then there’s an alternative video on the Etsy page.

There are a few left in the shop, which is based in the United States, and it only takes a few business days to get the dice mini-towers into the post. MunnyGrubblers are based in the States but do ship to the UK, which means they’ll send to most places.

This video, which is longer than the Etsy demo, shows how many dice can fit in the tower. 5, they recommend, but the compartment below can hold up to 21.

We also get to see the hand-slap technique to roll them! That’s got to be my favourite!

There are some safety notes, such as avoiding heavy dice. If you’re lucky enough to have impressive metal polys, I’d give those a miss. The shop also 3D prints the chambers themselves, which means there will probably be 3D printing lines.

There’s a default grey colour for the design, but you can select your own for extra money. They’ve sold out of gold, and the basic grey design is about £30, and you’ll pay nearly that again to get the tower into the UK.

It’s also worth noting that Etsy is claiming, and maybe it’s true, that there are more people with the bouncy dice tower in their basket than left in the store.

Use this castle tower to shake your dice 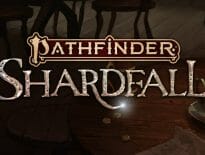 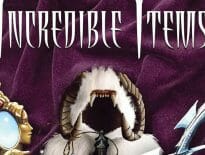