Paizo and Wanderword will bring Pathfinder: Shardfall to mobile this year, and soon.

Players explore the Lost Omen’s high seas setting through their ears and a rich audio environment. The adventure is set in the pirate invested Shackles, at the heart of the dangerous archipelago, with a mission to chart islands while investigating a strange phenomenon.

In Shardfall, you will explore a rich audio environment, immersing yourself in the pirate-riddled Shackles, the heart of the Lost Omens setting’s high seas. Setting sail from a base of operations in the dangerous archipelago, you’ll need to explore and survey the many uncharted islands in the region to investigate a strange magical phenomenon that could shift the balance of power in the Shackles and beyond. Will you eradicate this rising threat before it falls into the wrong hands, or are those wrong hands your own?

An update from the developer promises more information soon and notes that the game is due this summer.

Prepare to raise anchor, assemble a crew of new and familiar faces, navigate contentious waters between opposing factions, and explore long forgotten islands in search of treasure and unlimited power.

Wanderword has developed a system called Poptales to bring interactive audio to mobile. It’s about hands-free and heads-up entertainment, and they have got the patent. Poptales means non-linear storytelling can come to audiobooks. 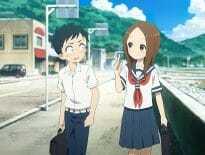 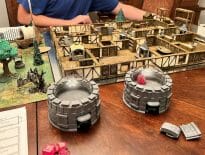 Geek Stuff Use this castle tower to shake your dice
wpDiscuzComment Author Info
Manage Cookie Consent
This site uses cookies 🍪, and links are ads that may earn bloggers some money 💰, and with this alert, I very much hope that these dark truths 🧌 are acknowledged.
Manage options Manage services Manage vendors Read more about these purposes
Preferences
{title} {title} {title}
Loading Comments...