This is Audio EXP for the 5th of May 2022, and the title of this episode is “The tabletop RPG trademark “.

[The following is a transcript of Audio EXP: #147]

Good news. I’m already in touch with Mike Sixel and have one round of questions answered. The ball is in my court. Does that mean we’ll have something live for next week? Hmm. Maybe. Next week is looking jam-packed.

Are you feeling the same? As the wheels of the world turn and some events postponed during the height of the lockdown, tasks put off, or decisions delayed all begin to flicker, it feels to me as if calendars are filling up quickly.

For example, I was a day late with the start-of-the-month Patreon poll, and that’s never happened before. If you are a Patreon and are so despite the cost of living crisis, you’re a hero.

You also get to vote for one of the following five in the June RPG Publisher Spotlight. You know the score. The winning publisher gets mentioned in these podcasts, in every Friday news summary, on the Spotlight page and in an article all to themselves.

I hope it’s worth winning.

The five candidates are;

The big news, which I wasn’t late on, but officially second in the media schedule – I think – was Evil Genius Productions.

They’re the publisher behind the Everyday Heroes Kickstarter, a project to mash up D&D 5e rules with the OGL of d20 Modern. That’s timed for the 20th anniversary of d20 Modern.

You may still be thinking, “I still don’t know who they are”, and I wouldn’t blame you. They’re new.

However, they’ve also just announced a multi-movie franchise deal. I think some people are so stunned by this that they don’t believe it is real. Or they think it’s unofficial or somehow doomed.

True, it’s early days, but I spoke to the company’s CEO Dave Todd Scott, and he’s got the connections. I think it is genuine, but this attempt does lean on the whims of Kickstarter are kind.

Geek Native has exclusive details on Kong: Skull Island RPG and the supporting books and some extra details on the Pacific Rim TTRPG.

Six more titles have been announced, and they’re a bit more retro.

There’s the Escape From New York RPG, which is a great movie.

There’s also the official Highlander RPG in the lineup, which was a great movie surrounded by less than great movies, but, I argue, not weakened by them.

There’s also an official Rambo RPG, and we’ll have to see how that works!

There’s The Crow RPG which I can immediately see how that could work and be all sorts of awesome.

Now, I’ve not broken into Scott’s home to confirm the paperwork, but I did have to hold out and, in the end, omit some details and quotes which didn’t get signed off by the movie studio in time.

If the whole thing is a fraud, that’s a weird and oddly specific thing to do to throw in some detail.

I hope I don’t regret this, but surprising myself, I didn’t back the project. I’ve missed the chance of the exclusive art now.

Why didn’t I back the campaign? Glad you asked.

Firstly, I don’t need any more RPGs. I want them, but I need to apply some willpower or go bust.

Secondly, I hope to get the chance to splash the cash in a few days. I’m one of the fools hoping that Google will announce, put on pre-order, and extend the much rumoured and very likely Pixel Watch to the UK.

Smartwatches work for me, and I need one not so old the battery dies in scant few hours. I’ve been holding off a replacement because the Pixel Watch has been on “soon to be announced” status since the dawn of time.

Now, I mentioned a trademark in RPGs so I had better get on to that. Huh? It’s usually a topic that causes ripples but Marcus Pascall has a small but tactical one that may have gone under the radar.

A one-shot adventure is designed to be a one-and-done game. Often, you play in a single session.

Marcus has trademarked QuarterShots. They’re one-and-done encounters or micro-adventures. You can grab two free examples of them from Deck & Dice Games for the QuarterShots Kickstarter.

I guess the fraction can be changed easily, right? Half-shots, third-shots or even two-eighths of a shot. Maybe that’s why this isn’t a trademark that’s rattling people.

I also think One More Multiverse or OMM has radar issues.

Why? It’s a new take on virtual tabletops that are more interactive. It reminds me of computer RPGs, and you wander around the virtual world as part of the tutorial.

They also raised $17m in funding. That’s plenty of cash!

The site has been in closed beta, and that might mean they’re happy to be under the radar for now. However, as of last week, getting in is now easy – just create a character and pass the tutorial. I made Bony Tony, started my attempt, then felt time pressure and gave up.

However, I thought it would be an exciting way to run a virtual convention. OMM is one to watch, I suspect.

Another one to watch, sadly for the wrong reasons, is RPG Research. Readers will know the charity bought the rent to some buildings for a community centre and RPG museum. There’s been a complication.

That complication is called insurance.

Now in a money crunch, RPG Research has had to suspend most, but not all, operations. The focus is on keeping those newly secured buildings going, and it’s a donate-if-you-can cause.

If money is a problem, Geek Native posted plenty of freebies or pay what you want titles of note. Too many, perhaps, with nearly one a day. So, a highlight then — it’s tough, but I’ll pick the 43-paged Legends of Avallen quickstart. That’s Celtic myths, Romans except for fantasy, a dice instead of cards.

Anyway, the Sixth World Essentials double-tier offer and Shadowrun Power Players are live until May 23rd.

The flash sale for Sixth World Stories 2, a fiction offering, is live until May 16th.

There’s also a new competition on Geek Native. I will have to restrict shipping, as it’s a board game, and therefore the competition to only the UK. The prize is Ticket to Ride London and you don’t need to spam friends to enter. 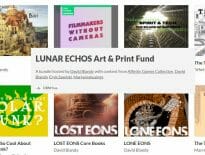 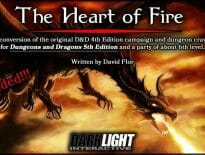