You are here: Home / Games / Tabletop & RPGs / Free to Download: Legends of Avallen, the card-based Celtic myth RPG, gets a 43-page quick start

Geek Native reviewed and liked Legends of Avallen, although it had already hit Silver bestseller status by the time I got around to writing it up. That was a few months ago.

Now, officially public at DriveThruRPG, is a 43-page free quick start download. It was also prepared in March but is only available now.

The quick start introduces itself;

Inspired by Celtic mythology in Roman Britain, Legends of Avallen is a roleplaying game that takes you to a mystical island occupied by faithless invaders. For now, peace has been called but it balances on a sword’s edge as all seek to tame the Otherworld—a parallel realm home to fae, demons, dragons, and gods.

The title can be unpicked to understand the game better. Characters don’t start as legends; they start off as almost everyday folk and perhaps more humble than some other fantasy characters. They become legends, though, and that’s the structure the game builds.

There’s an introduction to the setting in the quick start, and that’s the mythical island of Avallen. We might think of that as a version of Avalon, Roman Britain.

There are the basic rules, and those use cards, not dice, and the review touches on that in a little more detail.

A handy feature, a value add for players, is the rules reference sheet.

However, for GMs, there is also the complete adventure “Quest of The Sealing Stone,” with 5 pre-made adventures.

Legend of Avallen was picked up for distribution by Modiphius, another clue that the RPG has found an audience.

Free to Download: Legends of Avallen, the card-based Celtic myth RPG, gets a 43-page quick start 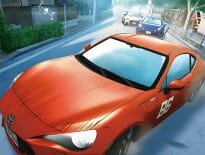 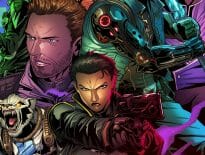