Matt Colville and MCDM RPG publisher have launched a new Kickstarter for interesting 5e monsters, and it’s taken more than $1,000,000 (allowing for Kickstarter’s forex) from more than 11,000 backers.

The pitch is this; monsters could be more interesting in 5e, with minions to wipe away or big bads that will not get swamped by PCs. There’s a free 26-page preview (PDF link), and because Matt’s brand is now D&D motivational videos, the 30-minute pitch video goes into a lot of detail. You can skip straight to reading and pledging, though.

The Kickstarter has pushed through $1 million, but MCDM knew it would go high. The target for success was $600,000, and that’s the most any campaign Geek Native has tracked since August 2020.

“Flee, Mortals!” has more than just new monsters but new rules, including for Companions and Retainers. Stretch goals will unlock rules for rival adventurers, lairs, hoards and a campaign for the live stream.

As an indicator of just where MCDM thought “Flee, Mortals!” might go, although they say “impossible,” the stretch goal target for The Campaign For North Africa is $2m.

The campaign has t-shirts and a limited edition as upgrades for backers.

Look, we don’t want to reinvent the wheel here. Any 5E GM should be able to use any monsters in here with a minimum of fuss. But there are a couple of new ideas in here, and some cleaning up of the standard language to make things more straightforward.

You can support the project for as little money as you want, even for zero cash, if you help share the word, but if you make $40, you’ll get access to add-ons via BackerKit and get a PDF copy of the MCDM Monster Book.

Backers who can find $70, or more, as over 6,000 5e fans have, will also get an Arcadia Sticker and a standard edition of the hardcover MCDM Monster Book. Shipping is worked out and charged later.

That limited edition? That’s a reward for backers who can go up to $100 with their support.

The top tier, $200, includes an enamel pin, the t-shirt and a mini kit for one of the monsters – Xorannox the Overmind.

MCDM, who acknowledges current shipping problems, estimate this project will be delivered for October next year. 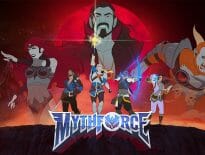 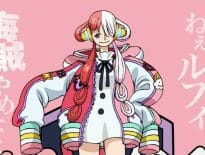