Spencer Campbell’s Gila RPG is the publisher behind games NOVA and Slayers, plus the SRD Lumen, a popular system for indie creators.

In a tweet, Gila announced a solo RPG based on computer games like Dark Souls, Bloodborne and Elden Ring.

RUNE, a tabletop RPG, is described as having narrative fueled hexmaps, a departure from the style of NOVA, and one which dives then into tactical and grid combat.

Characters are explorers in a dangerous world called Obron, a world with unique regions that come with their own enemies, treasures and even rules.

The RPG uses two different modes of play; a Roam phase and a Combat phase. Obron’s hexmapped regions are explored in the Roam phase, with players needing to make the tough call when to push forward or retreat to recover. Grids are used in the combat base, with players using Stamina as a resource to solve the tactical puzzle.

Gila lists the RUNE as an “in-development” and does not have a release date. The game, however, is in public playtest and you can get the rules from a standalone website.

According to Spencer, the playtesting will eventually lead to crowdfunding to finish the game. News on that is expected over weeks and months.

A jam, where game designers create to a theme on Itch, is also promised. Spencer said;

RUNE is begging to have people make things. New Regions to explore, loot to wield, horrible monsters to face. The game will just keep growing with time, and that’s super exciting to me. 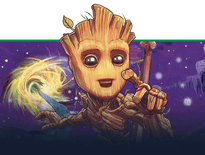 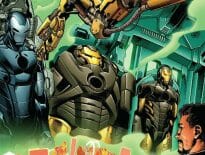