The download gets you started with the d10-system Stolen Havens RPG and comes with six pre-genned characters, an overview of the world, and Road to Redemption, a short adventure.

Barely anyone still remember how it started. At some point, horrible monstrosities began materializing out of thin air, and since then, it simply never stopped. The once peaceful region, where people could wander about freely, has long since become overrun. Dark, lurking beasts and alien monstrosities now own the plains and forests, eager to strip the flesh from the bones of anyone foolish enough to brave the treacherous lands – a land at peril.

But where there is darkness, hope also grows. Other humanoid species are appearing too. Not in packs, but one by one. They call themselves strange names. Dwarves. Elves. Humans. The Haveners call them transcendents, and you, whoever or whatever you choose to be, are one of them. This is your story. Embrace it.

It’s a fantasy RPG based on narrative play with mechanics and tools geared towards immersing players in the world.

The campaign setting comes with a meta-story, which you’re free to change, and 10 fantasy races, 10 nations and over 100 different monsters.

Magic in Stolen Havens uses a free form system in which you can create your own spells.

Riskily, the 40+ page freebie was launched on April 1st, but this is the real deal. 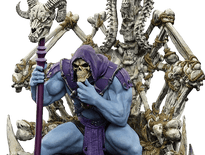 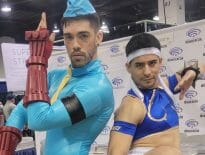