Usagi Yojimbo is a popular manga. It once had a tabletop RPG too from Sanguine Games but that’s now vanished from DTRPG.

Is the upcoming Netflix release connected to that? The trailer is now out for the new show. It doesn’t follow the original but the teenage Yuichi, a rabbit samurai descendent of the warrior Miyamoto.

prepare yourself for the adventures of Usagi as he and his friends battle evil and strange yokai monsters to save the world. SAMURAI RABBIT: THE USAGI CHRONICLES is available worldwide April 28 on Netflix

The series takes place in the far future, set in a world that mixes modern high-tech images with classic Japanese references. It follows the teenage Rabbit Samurai Yuichi, descendent of the great warrior Miyamoto Usagi, on his epic quest to become a true samurai. But he isn’t alone. He leads a ragtag team of misfit heroes including a roguish bounty hunter, a cunning ninja, an acrobatic pickpocket and a faithful pet lizard as he battles depth-charging moles, metal-tipped winged bats, and monsters from another dimension, all in the pursuit to become the best samurai Usagi.

Creator Stan Sakai is involved as an executive producer, but that’s a job title handed out liberally. Darren Barnet is cast as the voice talent for Usagi, Shelby Rabara as Kitsune, Aleks Le as Gen, Mallory Low as Chizu, while 88 Pictures helms the animation for Netflix. 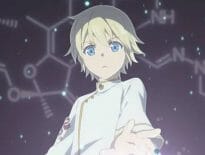 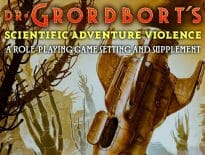