You are here: Home / TV / Anime / Who’s your nanny? The Yakuza’s Guide to Babysitting trailers again

Based on Tsukiya’s manga (which you can find on Amazon), The Yakuza’s Guide to Babysitting is an anime slated for a July 7 premiere in Japan.

Kirishima Tooru is the right-hand man of the Sakuragi crime family. For him, the job is a perfect excuse to let his violent instincts run wild, earning him the nickname “the Demon of Sakuragi”. It seems like nothing will stand in the way of his vicious nature.

But then one day, he receives an assignment like never before from the boss—babysitting his daughter! This is the heartwarming (or is it bloodcurdling?) story of a little girl and her yakuza caretaker!

Yoshimasa Hosoya is vast as Tooru, previously Kaito in Ajin, Reiner Braun in Attack on Titan, and Kojō Akatsuki in Strike the Blood. Golly!

We have got a new trailer, following on the first from the start of the year and a new visual.

The manga has been running since 2018, and we’re up to volume seven.

Who’s your nanny? The Yakuza’s Guide to Babysitting trailers again 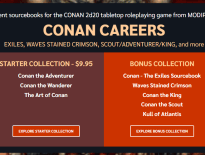 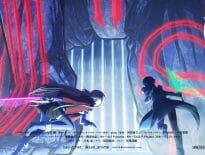