The reboot of Spriggan is coming, and it’s a few months away. News from AnimeJapan is that Netflix’s ancient civilisation anime is due out on the 18th of June.

An ancient alien civilisation’s relics on Earth hold dangerous powers. The ARCAM corporation’s Spriggan agents must keep them out of the wrong hands.

Spriggan features ARCAM, a secret organisation that may have found Noah’s Ark – and has undoubtedly found something important. A rogue splinter group from the Pentagon, the U.S. Machine Corps, wants it, seeing the discovery as a route to world domination.

Spriggan, a group of special agents from ARCAM, is the only thing in the way of the U.S. Machine Corps.

Yu Ominae, the Japanese Spriggan, teams up with Jean-Jacques Mondo to lead the large. Against them, though, is Col. MacDouglass, a genetically-enhanced youngster with potent psionic abilities.

Via Crunchyroll and Comic Natalie. 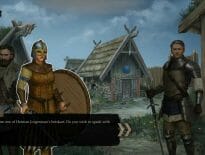 PC Forgotten Fables – Wolves on the Westwind: U… 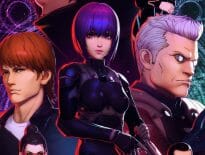