You are here: Home / TV / Anime / Trick humans: My Master Has No Tail gets an anime

My Master Has No Tail is an anime about a cheeky Tanuki who wants to trick humans.

Tanuki, or Japanese Raccoon Dogs, are known for magic and mischief in Japanese mythology. Although tanuki are real animals, they’re Yokai and masters of illusion in those stories.
Lidenfilm’s My Master Has No Tail is about a Tanuki born after the mythology era but still wants to trick humans or fun. She meets a rakugo master who shows her that people can be fooled with words instead of magic.

The manga is released by Kodansha, who bring TNSK’s (author and artist) stories to market via Amazon. They describe the stories;

Mameda is a tanuki who was born in the wrong era – all she wants is to trick humans, but that age of tanuki shenanigans is over. But one woman, a rakugo master named Bunko, shows Mameda it’s still possible to cast magic on humans…only with words, not illusions. Mameda is determined to become Bunko’s apprentice, but can she convince the stoic master to take her on…?

Trick humans: My Master Has No Tail gets an anime 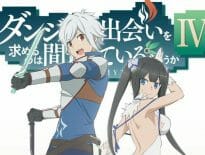