You are here: Home / Games / Tabletop & RPGs / This is a thing: Dragon Ball Super Monopoly

I think there’s a rule in Monopoly that says people have until the throw of the dice to remember to ask for money owed when someone lands on their house or hotel.

I think that’s a rule because I’ve seen family cheats roll the dice quickly, just to make a dice roll happen and thus prevent any calls for money. Yep, rules as written, not rules as intended, if indeed that’s the rules at all.

[This isn’t even my final Monopoly set]

We actually have some clues from Truffle Shuffle. The 100% official Dragon Ball game isn’t that different from regular Monopoly. I’ve seen some pretty weird variants.

You’re not a shoe or a dog in this version but Goku, Piccolo, Gohan, Vegeta, Jiren, the Great Priest, Zen-Oh or someone like that.

Rather than Chance and Community, there are Gods and Warrior cards, and there are eight Universe Symbol tokens (not Dragon Balls).

What actually are the rules? The game is published by The Op, and they’ve published the instructions for free. Well, it’s a scan of the rulebook or something similar.

Also, while I spotted the game at Truffle Shuffle it’s not exclusive. You can grab it at Waterstones, Zatu or Amazon and many other places.

This is a thing: Dragon Ball Super Monopoly 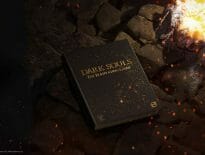 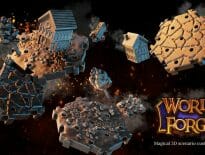