In advance of Valentine’s Day, I downloaded So You’re Dating a Kaiju by Tayna Laubacher from DriveThruRPG.

I don’t regret the download, I had fun with the game, but it’s absolutely much better off as a group game.

I’m very much reminded of “sleepover” style games to do late at night with friends or perhaps a very weird icebreaker at an event. Why? There are no rules as such, just the talking point.

So You’re Dating a Kaiju concept

Imagine you’re dating a kaiju and now talk about it. That’s the core of the game unless you’re playing solo, in which case, well, maybe write things down as a journal?

It’s supposed to be a silly and fun game.

What you get from the game designer is a structure and the nudge to do something this creative. The structure comes complete with some prompts for safety tips, kaiju-imagining (which strictly means ‘strange beast’ rather than giant), questions, and an outro.

The critical safety tip, of course, is whether or not sex is a discussion point. Later, you might discuss how physical your relationship has become, and since traditional sex is unlikely how on Earth (or wherever) do you manage it? Tanya suggests hallucinogenic hormones.

The outro is where the biggest gains could be made. As it stands now, “That’s a wrap!” is triggered after discussing something like “Where do you see your relationship going?” and covers thanking your guests, declaring your love and deciding on the final takeaway.

I’m not sure what a better end condition could be, but if one could be found, then I think So You’re Dating a Kaiju would feel far more robost.

You don’t have to use the questions Tanya provides, although they are good ones. In a group, I think much of the fun would come from coming up with clever (and appropriate) questions to ask of your fellow kaiju daters.

Here are some of the ideas I had and which my kaiju partners I attached them to;

Kaiju: Alien woman who shrinks or grows at whim.
Sample question: What do your family think?
Mother absolutely adores S’opali and they’re now thick as thieves but brothers terrified of her.

Kaiju: Hill-sized psionic cat.
Sample question: How affectionate are you together?
Mou conjures up mindscapes to frolic through where we can appear to be whatever/whoever we like.

Kaiju: Time-travelling giant robot.
Sample question: What was the best date you had together?
A BBQ in the Jurassic age, watching herbivores scamper around on a grassy wilderness below the cliffs where we sat.

In general, I came up with between a half-dozen and a dozen questions before calling the round/game done.

Each time, the conclusion was the same; as a villainous pair, we take over the world.

It’s an odd one in that I’m happy to have spent $3 to add the game to my library but not sure I’ll play it again. As a solo game, it needs more structure, especially for any sense of replayability. Kaiju requires the right group of friends to get the most out of it as a group game.

However, now I’ve read it, it’s easy to remember and who knows when I’ll get the chance to suggest it! 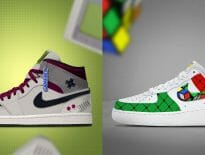 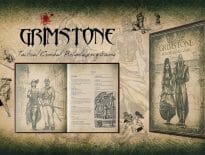