You are here: Home / Geek Stuff / Look great with geek culture kicks with these retro runners

The Sole Supplier is back wooing geeky fashion with more concept running shoes.

We’ve seen them on Geek Native before with superhero shoes and I guess that campaign worked for them. I suspect that The Sole Supplier is a shoe news site with resources tracking these collectables’ busy world and making money through affiliate links. You know, links to sites like Laced, StockX, the weirdly named Goat.com or even Nike.com.

Let’s see what they’ve dreamed up this time…

The contemporary design of the Nike Air Jordan 1 meets the nostalgia of the original Gameboy.

Level up your style with these striking kicks, featuring the iconic control buttons on the heel and the classic console colour scheme. These trainers might be the ideal footwear choice for some IRL Pokemon hunting!

A retro-sci-tech design features out-of-this-world neon green on the eyestays and a Nike swoosh to the understated grey for contrast. You’ll be hard-pressed to find shoes more extra (terrestrial). Don’t look closely, as you might even see something inside the midsole…

It was challenging to keep these digital creatures alive in the day, but this Nike Air Jordan 1 Mid design is full of Tamagotchi life. The swoosh is covered with the blasted virtual pets, and the classic control buttons make an appearance too. There’s even a detachable charm to leave as is or use somewhere else.

How expensive would shoes like this be? Well, for one reason or another, you’ll be checking on these kicks as often as you checked on your Tamagotchi.

The Air Jordan 1s was released in 1984, but The Sole Survivor are bringing them forward and into the 90s with this concept.

Actually sporting iconic Furby fur running up the mid-panel, this sneaker has just as much personality as the 90s bestseller. Make of that what you want!

These shoes also have a removable charm and add to the retro-weird with a footwear Furby built into the overlay. Imagine those eyes staring out of you from the cupboard all night. Creepy? Furbys?

These trainers include a 3D-look Nike swoosh and match with the primary colour scheme of the toy. Even the ‘AIR’ logo on the midsole has had a Rubik’s twist.

Look great with geek culture kicks with these retro runners 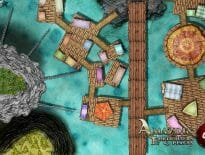 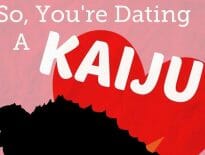