In Zoolander, Ben Stiller’s comedy about models, his character has a trademark sizzling glare called “blue steel”. It’s a parody pout at the camera.

It’s not the intention of Shikimori’s Not Just a Cutie to channel Zoolander at all. I don’t think. But, well…

The gag is that Izumi-kun is an average but unlucky guy with a cute girlfriend called Shikimori-san. Shikimori transforms from a bubbly schoolgirl into a “heartthrob” whenever Izumi winds up in danger.

The series is due out in April and Crunchyroll will be streaming it. They describe the series;

The ultimate “heartthrob girlfriend” appears! Naturally unlucky high school student Izumi’s girlfriend is his classmate Shikimori. She has a beautiful smile and kind personality and always seems happy when she’s with Izumi. She’s a pretty, cute, and loving girlfriend, but when Izumi’s in trouble… she transforms into a super cool “heartthrob girlfriend!” The fun lives of the cute and cool Shikimori, Izumi, and their good friends never end! This 1000% precious romantic comedy begins now!

You don’t have to wait until April. Kodansha Comics has the English language translation up at Comixology. Yeah, I know; Amazon is about to do something with that site but let’s assume it’s safe to link to for now (and perhaps redirects will be in place later). They have this to say about it;

Shikimori and Izumi are high school sweethearts. They hold hands walking home from school, they flirt in the halls, they tease each other. But Shikimori knows what she wants, and how to get it, and she can turn from cutie to cool in an instant. 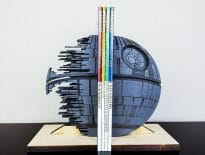 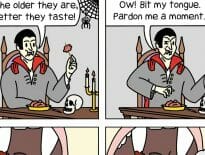