Not so much is known about the Russian sci-fi movie Project Gemini. It’s written by Natalia Lebedeva and Dmitry Zhigalov, according to Wikipedia, and directed by Vyacheslav Lisnevsky. IMDB says the director is Serik Beyseu.

Both agree that Egor Koreshkov stars, who has appeared in Hotel Belgrade and Girls Got Game.

If we drift back to what Wikipedias says then it’s the story of an attempt to terraform a planet and an encounter with something that has other plans for the world.

The site also claims that some of the crew travelled to Star City in Russia to get a good idea of space.

Bloody Disgusting found this synopsis (and sides with the idea that Serik Beyseu is the director);

After centuries of destroying Earth’s resources, humankind faces the grim reality that its last shot at survival may require creating an entirely new home—in outer space. An international expedition is quickly formed to find a suitable new planet, but when plans go awry, the crew is suddenly stranded without power on a strange planet. Unfortunately, they’ll soon learn that something truly unimaginable has been out there watching, lying in wait for the unwary human scouts.” 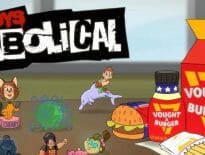 Geek Stuff The Boys: Diabolical gets an official beefy traile… 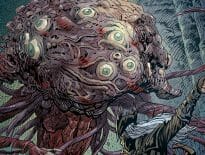