Long Lost Lore are a tabletop group that have brought their 5e Noir project to Kickstarter, called Long Lost Noir, to raise funds for art.

At its core, Noir offers four new classes that feel appropriate for “dark film” fantasy vibes. Long Lost Lore is asking for $7,500 to take the digital-only project further, and you can join in from the pitch page.

While character classes are at the heart of Long Lost Noir they’re not the only 5e goodie on offer. The project includes races, spells, magic items and other features.

The classes, though, are;

The material in Long Lost Noir is inspired by noir films, hardboiled detective stories, pulp magazines, and weird fiction, though it’s not explicitly or exclusively intended for those settings: a gnome gumshoe or a dwarf professor would fit well in any high fantasy campaign.

We want you to feel confident backing this project. That’s why we’ve already written and playtested the custom races and classes at the heart of Long Lost Noir, and we’ll continue playtesting throughout the process to make sure these options are as engaging and exciting as possible.

There are some early bird slots left, but if you miss out, then the PDF edition of Long Lost Noir is included as a reward at the $30 backers tier. That’s about £23.

There are higher tiers, but they’re all limited in number. At $125, backers get the PDF and a magic item named after a character of their choice, and at $175, it’s a spell rather than an item, which will carry your executive director’s touch.

Fulfilment on the project is expected in June of this year. You can also check out the group via their Twitch channel.. 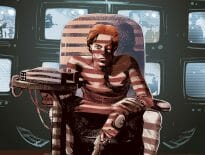 Comics Unlettered Art: Titan Comics has a new The Man Who… 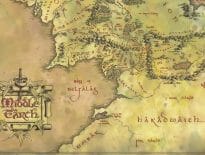