You are here: Home / TV / The vengeance of the dead: The Rising gets a trailer

Sky TV has released a trailer for their upcoming supernatural mystery thriller. The main character in The Rising, Neve Kelly, is already dead when she sets about tracking down a killer.

Neve Kelly is dead. Understandably, she’s scared and confused by this new (non) existence, but moreover, when she realises she has been murdered, she’s furious. Determined to find her killer and get justice, she takes advantage of her new supernatural abilities to go where the police can’t and investigate her own death. In doing so, she uncovers deeply buried secrets and is forced to re-examine everything about her life and the people she cared about.

Clara Rugaard stars as Neve, and the Danish actress has previously appeared in Teen Spirit as Roxy and several episodes of Still Star-Crossed as Juliet Capulet.

Sky TV has a deal with Netflix where customers can get both together for a flat rate, but The Rising will be exclusive to Sky.

The vengeance of the dead: The Rising gets a trailer 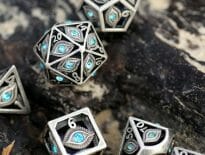 Tabletop & RPGs Daggers and clinking die: Treasures of the Pirate … 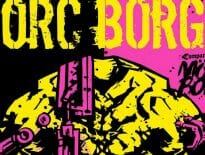