You are here: Home / TV / Anime / Hell’s Paradise: Jigokuraku’s trailer is a work of brutal beauty

I watch a lot of anime trailers, but golly, Hell’s Paradise: Jigokuraku caught my attention.

It starts off gently, for a few seconds and then the discovery in a boat will convince you there’s a horrific story to tell. That’s the trailer just getting started.

The series is being directed by Kaori Makita (Twittering Birds Never Fly: The Clouds Gather) and made by MAPPA.

Jigokuraku follows Gabimaru, who, until quitting his role as Ninja, violating the laws of his village, was once exalted as the strongest. Now, he’s been captured and sentenced to death.

But Gabimaru survives. Perhaps it’s his supernatural levels of training. Still, even several attempts to carry out the sentence fail, and executioner Sagiri Asaemon decides that despite Gabimaru protests, the warrior has too strong a connection to life.

The new sentence? To fetch the elixir of immortality.

You can get the manga now from comiXology, where it is published by Viz and described;

Gabimaru the Hollow is one of the most vicious ninja assassins ever to come out of the village of Iwagakure. He’s ruthlessly efficient, but a betrayal results in him being handed a death sentence. There is only one hope: travel to a long-hidden island and recover an elixir that will make the shogun immortal and he will regain his freedom. Failure is not an option — on this island, Heaven and Hell are a hair’s breadth away.

The series is also available in paperback on Amazon.

We’re expecting the anime to air in the winter of 2022.

Hell’s Paradise: Jigokuraku’s trailer is a work of brutal beauty 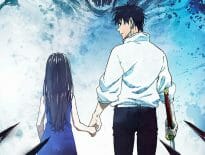 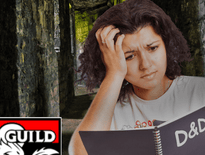