You are here: Home / Games / Tabletop & RPGs / Eclectic terrors for your delight: Hull Breach is a Mothership RPG anthology

Perhaps in reflection to today’s world, Gamers want out of this world horror. Not convinced? Anodyne Printware launches a Kickstarter for a set of adventures for the sci-fi horror and, a few days later, it’s well past $250,000.

The campaign brings 20 independent authors together for an anthology of content delivered in digital and physical forms. You can join the campaign from the pitch page.

The final product will be at least 200 pages of new stuff for Mothership but brought to you by 3rd party creators and not Tuesday Knight Games.

Inside Hull Breach, the name of the anthology, you’ll get missions, entities (either NPCs of horrors), Intel such as tips on running black market deals as the GM, Mothership assets and locations to run more scary sci-fi in.

Hull Breach is a collection of missions, but they are linked, with rumours joining them or crossovers to create depth or clues for characters to explore.

We designed Hull Breach from the bottom up to get Wardens going immediately with content for their ongoing campaigns, while ensuring that all mechanics will be fully compatible with the new 1st edition Mothership rules. Many of our authors and developers have been playtesting the new rules in our home campaigns for years and we have the in-house Mothership editing team on board to ensure tidy compatibility.

A pledge of $25 will get you the PDF edition of the missions and all the digital stretch goals.

At $45, with shipping to be added later, you also get the Print copy.

There’s more, a pledge of $85 qualifies you for the Executive Suite, which adds in the Breach of Contract supplement, a sector poster map, Teamsters Union membership card, a Semiotic Stick Pack and all the physical stretch goals as well as the digital ones.

Higher still, and more popular, a pledge of $125 further adds in the supplements, in the shape of print and PDF editions, of the Drain, Meat Grinder, Picket Line Tango, Wrath of God, Dinoplex: Cataclysm, Moonbase Blues and The Third Sector.

Eclectic terrors for your delight: Hull Breach is a Mothership RPG anthology 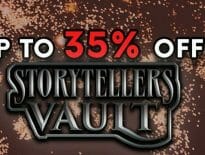 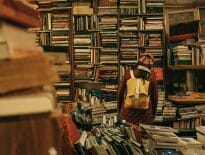