Will it hit a million? Acclaimed sci-fi horror Mothership has taken to Kickstarter to fund a boxed set and a deluxe boxed set and found thousands of backers.

The d100 game has rules for stress and panic, armour that’s destroyed and wounds rather than hit points. You can see the latest total or join in the campaign from the pitch page.

The previous edition of the game was zero, and so this campaign is for a first edition.

The campaign funds three books, at least with the updated Player’s Survival Guide, a new Warden’s Operation Manual and the book of horrors in the Unconfirmed Contact Reports.

The RPG uses a d100 Chasis streamlined for violence in space. Character creation is quick because you might need a few.

The combat system has been streamlined, levels removed in favour of Shore Leave and all the classes rebalanced. Tuesday Knight Games say they’ve sorted out plenty of edge cases and made a better game.

Welcome to Mothership, the award-winning sci-fi horror tabletop RPG where you and your crew try to survive in the most inhospitable environment in the universe: outer space! You’ll excavate dangerous derelict spacecraft, explore strange unknown worlds, encounter hostile alien life and examine the horrors encroaching upon your every move.

A digital edition with all three books and digital stretch goals is there for backers at the $29 level.

The core set in print and PDF is included as a reward for $59 in support.

Horror in space goes deluxe, adding Dead Planet, a Pound of Flesh and Gradient Descent at $99.

The only way to get the cool Mothership t-shirt that I can see is to go up to $199 for the Mothership Megabundle. That also comes with a storage box and all the pamphlet modules. The t-shirt is also in the bundle or as an add-on later.

It’s expected that the campaign completes fulfilment in November next year. 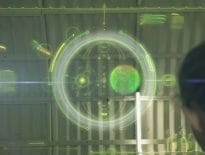